Agro Belgrade 2021 conference was opened on March 5th, 2021 at the Belgrade Fair. 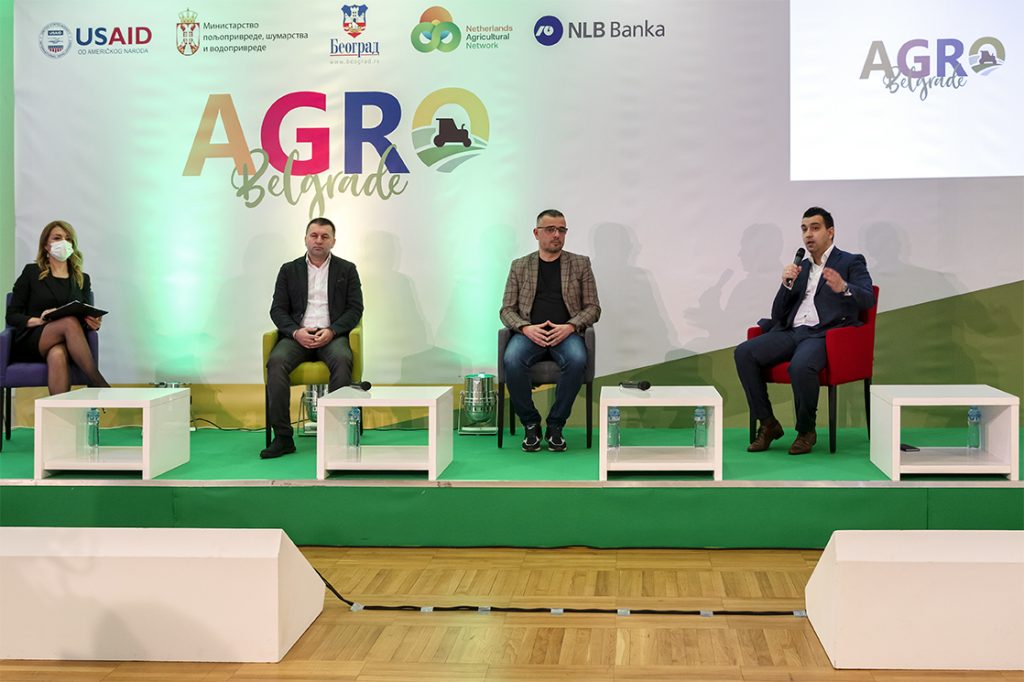 The importance of agriculture during the pandemic is a big and investing in it provides GDP growth, said Minister Branislav Nedimović and announced the payment of a subsidy of 4,000 dinars per hectare in the next 15 days. Then, 70 million euros will be paid to the accounts of agricultural farms, explained the line minister who spoke at the AGRO BELGRADE 2021 conference. “We have more money for subsidies this year than in previous years. And I will only remind you that last year we paid 11.5 billion dinars for rural development measures. These are your tractors, machines, irrigation systems and everything else. And the year before that, it was 6.5 billion. So, there has been almost 100% more allocation for subsidies and now we have state measures, plus we have a new program that we are working with the World Bank of 38 million dollars “. 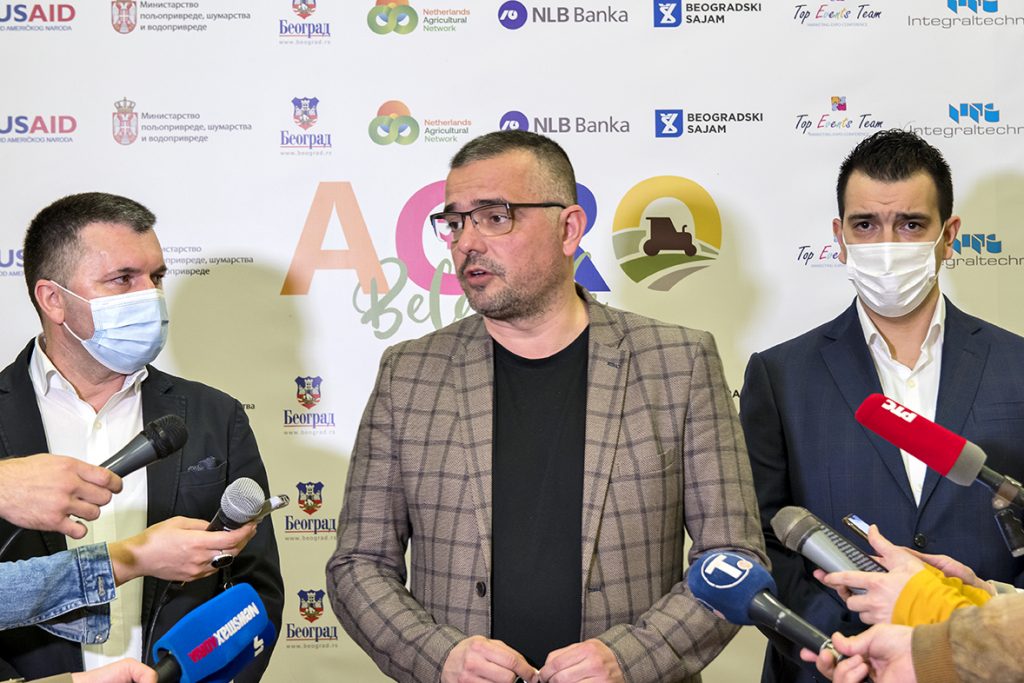 Secretary for Agriculture of the City of Belgrade Milinko Veličković said that Belgrade increases the amount of funds intended for investing in agriculture from year to year: “Subsidies were 20 million dinars in 2013, and this year despite the pandemic we will invest a total of 200 million. We will distribute 100 tractors in Belgrade “After Vojvodina, it has the most agricultural land. As much as 250,000 hectares of land are arable and that obliges us to take care of agriculture,” said Velickovic. He announced that in the next 10 days, four grants will be announced: for the purchase of machines and tractors, for livestock, ie the purchase of heifers and herds of sheep and goats, incentives for fruit and vegetable growing and beekeeping.
The director of the USAID Office for Democratic and Economic Development, Shenli Pinchotti, also addressed the gathering with a video link, emphasizing that the importance of agriculture in Serbia is reflected in the fact that last year it accounted for 15 percent of GDP and that agriculture employed 15 percent of the total. employees: “However, there is room for improvement. In order to accelerate growth, agribusinesses can improve the quality of their products, improve exports and conquer new markets. Leaders in this path are fruit and vegetable producers, given that the demand for fresh and healthy food is growing globally, ”Pinchoti said. She added that Western markets offer opportunities for agribusiness with the adoption of new standards, innovation and the creation of new partnerships, in which USAID is helping.
“Connecting with the best and most demanding markets is crucial for our companies. This brings improved product quality, more stable and predictable business, and thus investments in advanced processing and new technologies. This proved to be very important in the previous year, full of challenges due to COVID, where market opportunities, caused by the breakdown of supply chains in the world, were used by those who could meet the standards. An initiative such as AgroBelgrade, which deals with topics that are the future of the fruit and vegetable industry, thus has even greater significance, “said USAID’s Competitive Economy Project Director Aleksandar Pavlovic.

Speaking about the financing of agriculture, Branko Greganović, Chairman of NLB Bank, which recently bought Komercijalna Banka, said: “In the last seven years, we have approached the agro sector seriously and responsibly and positioned ourselves in the group of the strongest banks. We believe in that segment of the Serbian economy and offer all forms of financing, and we have placed special emphasis on financing equipment and buying land. In cooperation with large distributors, we have the opportunity to provide better support to farmers. “By integrating with Komercijalna Banka, we will become the number one bank in terms of agriculture, and we will certainly support the initiative of the Ministry of Agriculture and the World Bank.” He emphasized that the financing of agriculture significantly depends on the state, and this can be seen in the previous year: “There is no significant part of agricultural production that we do not support, either independently or with state measures.” Greganović added that they are the bank’s agro advisors and at all times with the farmers in the field where, with the best financial advice, they help them to improve the business of the farm. He concluded that NLB Bank, in cooperation with the local and national levels of government, can help farmers find funds more easily and meet conditions that may not be achievable at first glance. 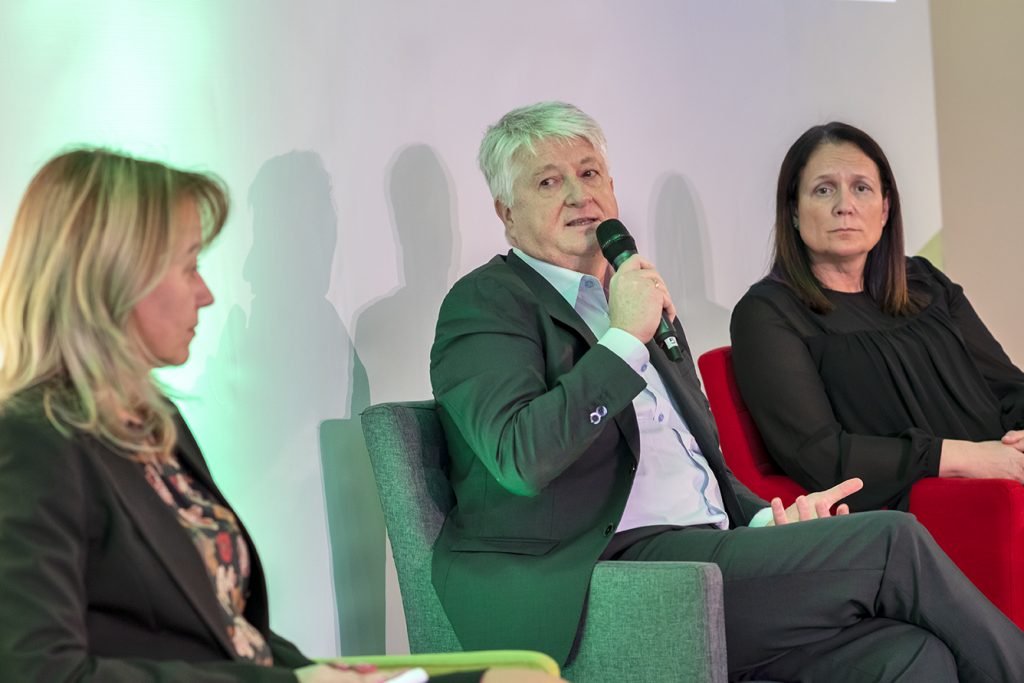 Agro Belgrade aims to become a central place for the exchange of knowledge, experiences and business opportunities in this part of Europe for the fields of fruit growing, viticulture and vegetables. This year, due to circumstances caused by the Covid 19 virus, an online conference was held without a part. The focus is on education and dissemination of knowledge related to successful agribusiness in Serbia during 2021. It is especially important to inform people about agribusiness financing models, given that incentives exist and are underused. That is why this is one of the important topics of this year’s conference. In the second part of the year, we will organize a two-day Agro Belgrade berry business forum, while the central fair event is scheduled for January 27-29, 2022. at the Belgrade Fair, said Vladimir Zivanovic, director of Agro Belgrade.

The main partners of the Agro Belgrade 2021 conference are the Ministry of Agriculture, Forestry and Water Management, the Secretariat for Economy of the City of Belgrade, USAID’s Competitive Economy Project, the Embassy of the Kingdom of the Netherlands and NLB Bank.

On our YouTube channel you can watch and download the opening and all the panels from the conference, without the obligation to cite the source.